Founded in 1982 as a private company by Adriano Barbosa de Azevedo, ABA Transport origin of the name, it was a family business consisting of two trucks. Devoted mainly to transport general cargo and grain, making only service in the country, with Permit No. 4766/82.

After several years of expansion, the company’s success attracted foreign capital which led to the Spanish group Tâmega acquired the entire company, that became part of that group, though never losing the starting identity of “ABA Transportes”.
After a substantial investment in a logistics infrastructure for dry bulk products in 2010 and in order to follow a new business plan, the former owners of ABA Transportation decided to reacquire the company, a process that was formalized in 2011. This year ABA Transportes has launched a deep restructuring process.

Today the company continues this restructuring process, with an eye on the markets, looking to accomplish all regulations needed. This year began the implementation of an Integrated Quality System, which will allow to obtain the ISO 9001 and the SQAS certifications. This way the company hopes to grow and reach new target markets, always sustainably, based on the highest standards of quality. 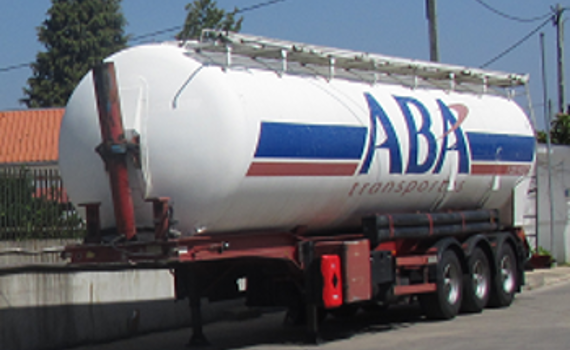